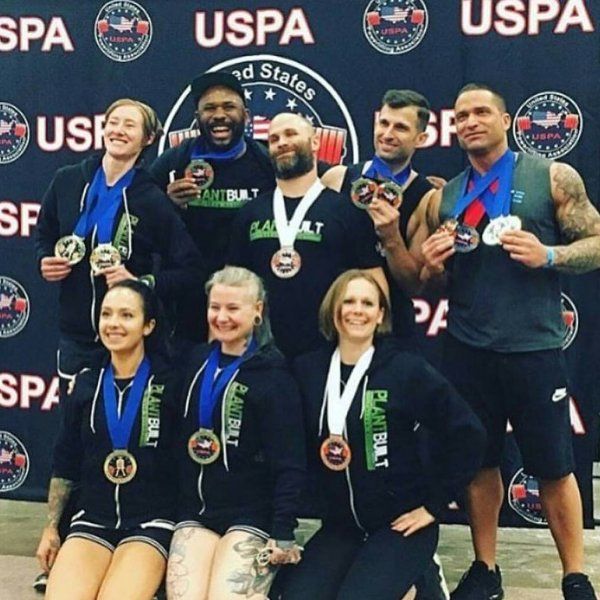 Thirty-two medals; one world record. Those are the results from the latest outing of our PlantBuilt team. The purpose behind the PlantBuilt team is to demonstrate that a vegan diet is sufficient to fuel elite athletes. Vegan diets have several health benefits, including lower risk of developing some of the most common preventable, chronic illnesses including cancer, diabetes and cardiovascular disease.

The dominant thinking among athletes in several sports, including CrossFit, bodybuilding, weightlifting and kettlebell, is that animal protein is necessary for success. Although protein is an essential part of building the muscle needed for success in these events, this protein does not have to be from animals. In fact, a recent study found no difference in protein source in terms of building muscle mass. As the results from our latest competition prove, vegan diets contain sufficient protein for preparing to compete — and win — at elite competitions.

Thirty-nine members of our team competed in a field of 1,000 competitors in the 2017 Naturally Fit Games in Texas in a range of sports, including Olympic weightlifting, kettleball, powerlifting, CrossFit, and bodybuilding. We walked away with 32 medals, 22 of which were first place medals. Our founding member, Giacomo Marchese, secured two first place medals in powerlifting. The powerlifting team secured 13 medals, while five members of the kettlebell team walked away with medals. Check out our YouTube video with highlights from the event.

One of the members of our team, Sara Lee, secured an American record on her first set when she went 104 reps in the Kettle Bell. She did not hold back, and in her second set, she completed an amazing 181 reps in 30 minutes, securing the world record. Additionally, she became the first woman ever who completed a 2×16 kg marathon in 30 minutes. The record she beat was 2×12 kg.

Moving Forward in the Future

PlantBuilt provides a space for vegan elite athletes to work with one another in a community with a strong spirit of camaraderie and support. The team members work hard to not only succeed on a personal level in the individual sports but to also promote the idea that vegan diets can more than adequately fuel athletes. Team members promote vegan diets not just as a healthy way to fuel their respective sports but to also fight against animal cruelty. The team has raised $20,000 to support animal sanctuaries, non-profits, and vegan outreach organizations. As PlantBuilt moves forward, the team plans to continue to grow and spread its mission to other athletes who are already vegans or are interested in seeing how a vegan diet can change their life. We recruit athletes from around the world, but we focus on keeping our team small and competitive. We do plan to add a jujitsu team and a strongman team for the 2019 competition.

Finding Success for Yourself

Although the PlantBuilt team incorporates professional and elite level athletes, athletes at any level can succeed with a vegan diet. With the plant-based vegan protein powder offered by Elevate Nutrition, anyone can gain from additional protein for their health and/or exercise goals without needing to rely on animal-based protein, including traditional protein powders made from whey or casein. 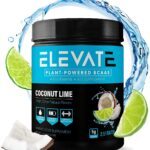 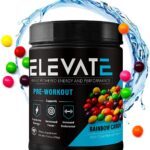 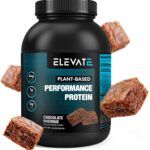