What’s the Difference Between a Plant-Based and a Vegan Diet? 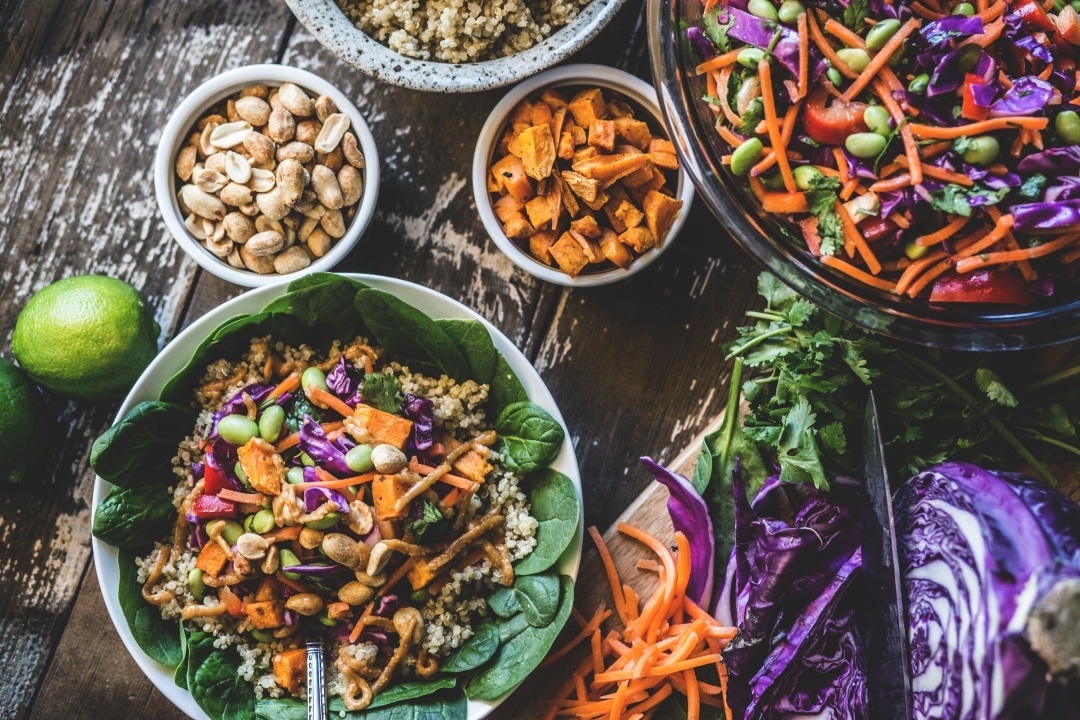 The distinction between a plant-based diet and vegan diet can be confusing, even for people who adhere to one or the other of these nutritional plans and lifestyles. Both involve eating plant foods such as fruits, grains, legumes, nuts, and seeds, along with a variety of other vegetables. Both also imply the elimination of animal products and byproducts from the diet, including fish, poultry, and meat, as well as eggs, dairy, and byproduct additives such as gelatin. The major difference between plant-based and vegan diets goes beyond what you eat to involve broader consumption and lifestyle choices based on ethical commitments. Keep reading to learn more about plant-based vs vegan diets.

A plant-based approach to nutrition is one that focuses primarily on eating whole foods prepared and consumed in ways that preserve natural forms and nutritional profiles. Someone who is committed to eating plant-based foods would likely have a diet that resembles that of a committed vegan, with a few notable exceptions. They would probably try to steer clear of direct animal byproducts such as eggs, dairy, and gelatin, but they may choose to consume honey.

A plant-based dieter might also be willing to use body care products that contain beeswax or own leather accessories or shoes. For a plant-based dieter, restrictions on animal products extend only to food, primarily for health reasons, and not to broader consumption or lifestyle choices. More categorical rejection of products sourced from animals lies at the heart of the plant-based vs vegan distinction.

Veganism is an ethical philosophy and lifestyle that extends beyond eating plant-based food to avoiding all animal products or byproducts intended for consumption or external use. The reasons for this avoidance may be based on individual preference, a commitment to preventing cruelty to animals, or a related stance.

Someone that is vegan probably eats plant-based foods but could theoretically make exceptions for processed foods such as french fries or packaged foods that are not whole but also do not contain animal ingredients. The broadest distinction between vegans and those who take a plant-based approach to nutrition is that the latter is open to using inedible products sourced from animals whereas vegans categorically reject these items.

Major Distinctions for Plant-Based vs Vegan

The distinctions between plant-based and vegan diets typically have less to do with food and more to do with ethics of consumption. Someone on a vegan diet could eat strictly plant-based foods or make exceptions for processed foods that are technically vegan. Individuals adhering to a plant-based diet may use honey and products that contain beeswax, wear leather shoes, or carry leather accessories.

Setting aside the differences between plant-based vs vegan diets, you can’t go wrong as long as you follow the basic advice given by Michael Pollan at the start of his bestselling book, In Defense of Food: “Eat food. Not too much. Mostly plants.” As you compare plant-based vs vegan diets, be sure to factor in your nutritional goals or requirements, ethical commitments, and interest in primarily or exclusively eating natural and wholesome food.