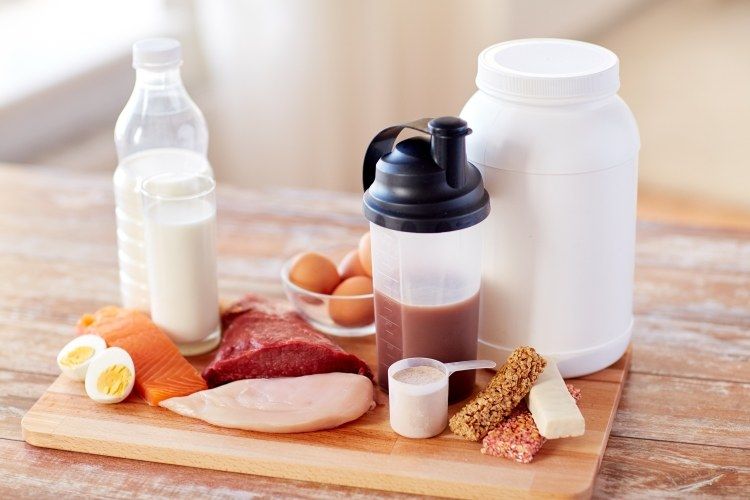 It is common to hear people advised to increase the amount of protein in their diets. Athletes such as bodybuilders, dancers, and runners are often told that to increase muscle mass, they need to ingest more protein, particularly animal protein. Plant-based proteins, however, are much healthier for the human body. To avoid the harmful effects of whey protein, such as increased risk of cancer, the exacerbation of existing health issues, digestive struggles and an addiction to dairy that compounds other problems, one must limit or cut out animal protein altogether.

There are two kinds of animal protein. Casein takes a long time to digest and comes with its own risks. Whey, on the other hand, digests quickly and, in doing so, initiates an unnatural spike in insulin levels. This spike increases IGF-1 (insulin-like growth factor) levels, which can speed up the growth of various cancer cells, such as breast or prostate cancer. To avoid this increased cancer risk, you can cut out animal protein and get your protein from predominantly plant sources.

Another one of the potentially harmful effects of whey protein is the havoc it can wreak on your digestive system. Many people are even allergic to whey, lacking the enzymes to digest it properly. Whey protein has been linked to a variety of digestive issues, such as acid reflux, bloating, nausea and gas. Proteins from plant-based foods are more easily digested and tend not to contain the high-fat levels that put stress on the gastrointestinal system.

If you are already experiencing health problems, the last thing you want to do is eat something that makes them worse. An excessive amount of animal protein in your diet can create extra work for your renal system, taxing the kidneys beyond their normal functions. It could result in kidney stones or other further damages to your already exhausted excretion system. Other harmful effects of whey protein could be liver problems, compromised bone density and a higher risk of heart disease. Every issue might not arise if your body is in great health, but if you are already experiencing any health issues, excess whey protein can complicate these problems.

One of the sneakiest harmful effects of casein is its addictive property. The digestion of casein happens slowly, allowing casomorphins to leech into the system and trigger the brain’s opiate reactors. While animal protein proponents are quick to proclaim safety in the moderate intake of these foods, what they often fail to recognize is that moderation is far less likely when the food itself releases addictive chemicals when ingested. The more often you eat animal protein, the more your body craves it, inspiring you to overindulge, which then cycles you back to increasing your risk of its potential dangers. Consuming animal protein works against your best intentions.

A vegan diet is an easy way to avoid the harmful effects of whey. In addition to stopping the cycle of addiction to animal proteins, getting your protein from plant-based sources can help you avoid increasing your cancer risk, causing digestive issues and complicating any other existing health problems you may experience. Let food be your protector, not your enemy.